The above two huge wooden carvings in Zelasko Park, are created from logs which age and weather and continue to represent an important part of the history of Grays Harbor County as an important timber producing area, supplying a large part of the United States timber usage from 1900-1980. Both Bridge Posts were carved by Louis Benanto Jr. in 1971. 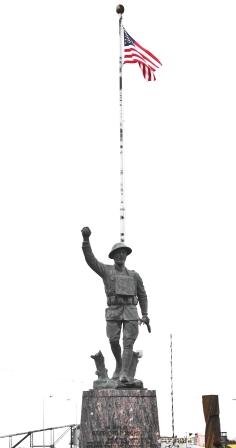 The World War I (7/28/1918 thru 11/11/1918) Doughboy image created by E. M. Viquesney appears currently as a large statue in about 140 sites in the United States, two in the state of Washington. Aberdeen’s Doughboy was erected July 4, 1926 near the Aberdeen Ice Palace, now known as corner of Park and Simpson Avenue. It was moved to it’s present site in Zelasko Park at East entrance to Aberdeen in 1961. A mural by Dick Creevan depicting the Ice Palace and Doughboy is still located on the previous Swanson’s Market near the historical site. 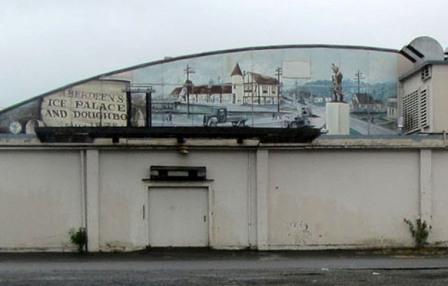