Chinhook was dried, shredded and smoked in place of costly tobacco. Although never ruled illegal, it was, however, the subject of many local Sunday sermons. 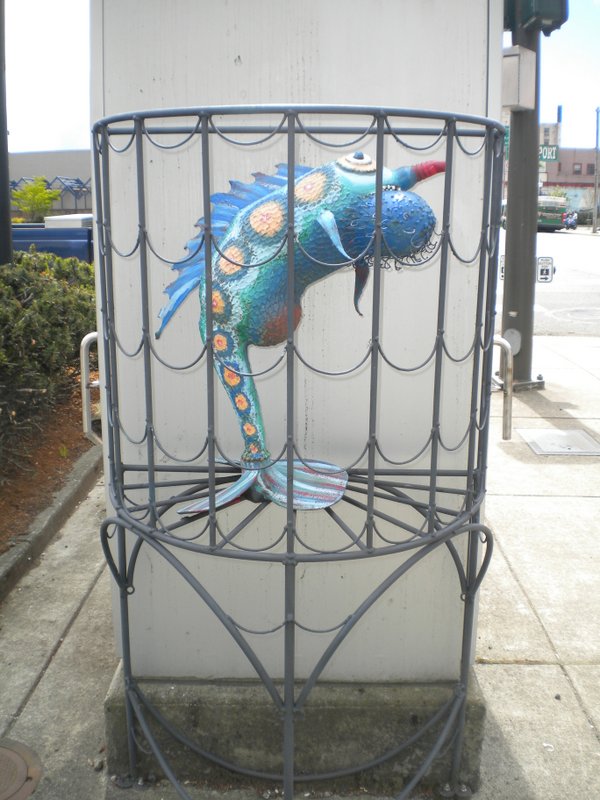 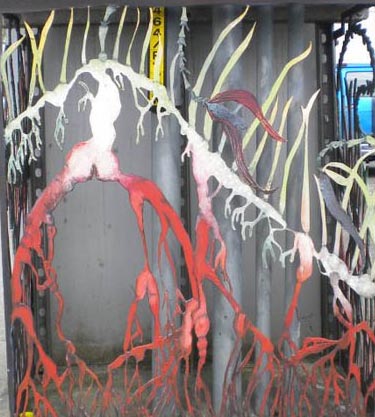 The Salmo mentihamatus Chinookiorum, commonly known as the Chinhook Salmon, is a rare and endangered species found only in Grays Harbor. Up until the early 1930s, the area rivers literally turned silver with the massive fall run of the Chinhook. Many a poor Aberdonian subsisted on the ample supply of Chinhook. Most Chinhook were eaten raw, baked, fried, or broiled. Due to the high cost of tobacco, smoking dried, shredded Chinhook was common among early mill workers. When smoked, the Chinhook had a slight hallucinogenic effect. While never ruled illegal, the smoking of Chinhook was the subject of many a local Sunday sermon. Because of the high demand for the dried Chinhook, large gill netting operations nearly depleted the breeding stock.

Thanks to the efforts of a small local hatchery, there is now a modest annual run. The Chinhook have been known to swim upstream in the storm drain pipes to spawn. The young fry live the first 5 months of their lives in pools found in the bottom of the storm drain catch basins. By placing your face close to the grate on a catch basin and quietly humming almost any country western tune, you can get the fish to swim near the surface. Since 1957 it has been illegal to smoke a Chinhook Salmon or sell smoked Chinhook within the city limits of Aberdeen.
The official website of the Aberdeen Art and Music Community, the creative district of Aberdeen, Washington.