The amorous Honkers’ extinction was threatened when the first autos’ horns were mistaken for mating calls. Alas, the Honkers have disappeared, down to the last one, leaving Dingle Blossom to wonder why her Honker has left their corner on Heron & H Street, cage and all. If anyone knows where Honker has gone, call the FROGH authorities! 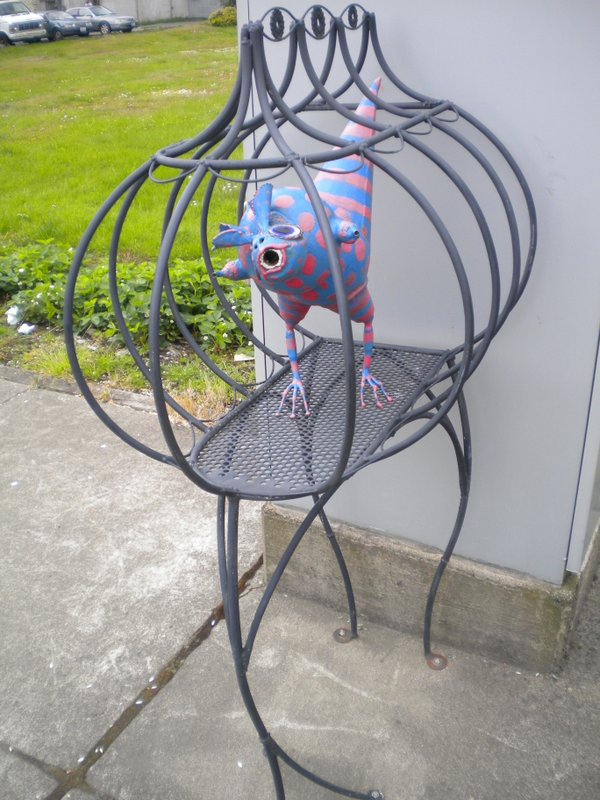 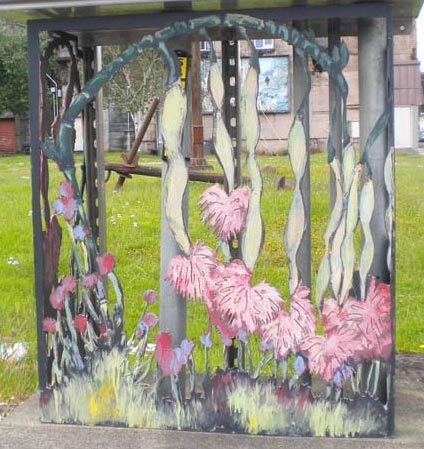 The Fistulator sonorus hoquiamensis, commonly known as the Hoquiam Honker, was a rare and endangered species founds only in Grays Harbor. Up until the early 1900s, the Harbor resounded with the Honkers’ melodious mating calls. Early settlers found that the Honker’s tail could be fashioned into a horn to produce a variety of goose calls. Because of the high demand for quality goose calls in the early 1900’s, the Honkers were hunted to near extinction.

The coming of the automobile to the Harbor dealt the final blow to the once numerous Honker herds. The horns of the automobiles were mistaken by the Honker as a mating call and literally thousands were killed as Honkers would venture onto the roadway in search of love, only to have an ill-fated amorous encounter with a bumper or fender. There are now less than 20 known Honkers still existing in the Harbor. Your best bet to experience the thrill of actually seeing a Honker is to park your car next to a wooded area, leave your lights on, and repeatedly honk your horn. It is hoped that a captive breeding program operated by the Save the Honker Foundation will be able to reestablish a healthy Honker herd. If you are successful, Dingle Blossom would like to be advised.
The official website of the Aberdeen Art and Music Community, the creative district of Aberdeen, Washington.