Legend reports the Winker, also known as the Kissing Frog, may be responsible for the demise of the Urchin Worm, the Winkers’ primary food source, and the unhappy relationships among young lovers on the Harbor. 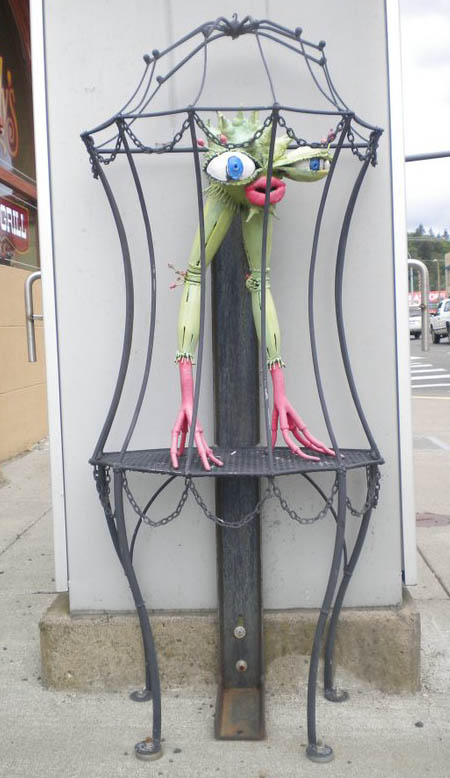 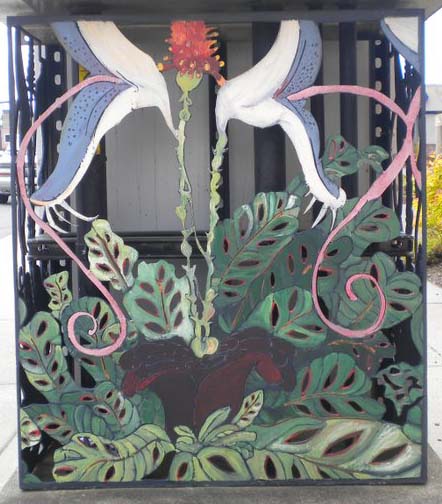 The Nictatrix nocturna wishkana, commonly known as the Wishkah Winker, is a rare and endangered species found only in Grays Harbor. Typically seen only at night, the Wishkah Winker has disproportionately large eyes that allow for enhanced night vision as well as the ability to survey the murky depths of the Wishkah River. The Wishkah Winker is also known as the Kissing Frog. Local legend states that a couple who spies a Winker while they are in the midst of an embrace will be blessed with a long and happy relationship. This may account for the number of places to park along the river. Unfortunately, the pressure caused by the weight of vehicles along the banks has compacted the soil and decreased the Urchin Worm habitat, one of the Winker’s primary food sources. The end result of this loss of Urchin Worm habitat, of course, is the Wishkah Winker’s current status as an endangered species – along with an associated increase in unhappy relationships among young lovers on the Harbor.
The official website of the Aberdeen Art and Music Community, the creative district of Aberdeen, Washington.